September 30, 2020 Others No comments hayabar

With more than $44 billion in 2018 revenue, a spot as one of the top five automotive suppliers around the world, and a size that is double and triple some of the most well-known truck OEMs, it might sound odd to hear that ZF thinks of itself as a relatively unknown entity in North America. 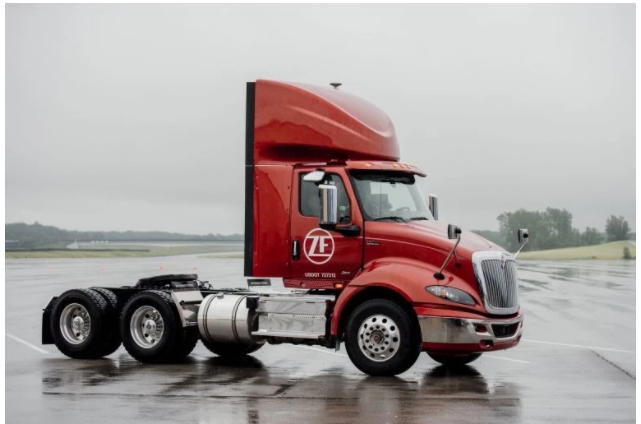 And yet, it’s hard to argue the point. While some obscurity simply comes with the territory of being a supplier rather than designing and building the vehicles your technology is going into, the German company feels that its work in autonomy and Advanced Driver-Assistance Systems can no longer go unnoticed.

With heavy equipment and automotive OEMs the world over investing deeply into electrification and automation, ZF is making a push for broader brand awareness and higher market share in North America. The company says it is the world’s leading supplier of automotive cameras and ZF vice president of commercial vehicle technology, Tom Bozek, says the company is currently developing components and providing support for all of the major players in the race for vehicle autonomy.

Though 80 percent of the company’s revenue comes from supplying OEMs of passenger cars with transmissions, steering systems and chassis components, the German company sees commercial vehicles as key to its aspirations on this continent. At a recent media event, ZF presented and demonstrated the strategy and systems that will serve as the foundation to the company’s push into the Class 3-8 markets in North America. Here’s what we learned.

A holistic approach to autonomy

Dan Williams, ZF’s director of ADAS & Autonomy, provided a bit more context for what the company means by “revolutionary” and “evolutionary” approaches to automation.

Williams explains that some companies like Google’s Waymo division are attempting to develop a revolutionary technology that skips each of SAE’s levels of automation and single-handedly ushers in the driverless future of vehicles. Meanwhile, other companies, like most vehicle OEMs, are taking an evolutionary approach by slowly introducing more and more autonomous capability over time, allowing customers to get used to each new advance before moving to the next.

For the revolutionaries the company is partnering with, Williams says ZF is developing both a redundant steering system that allows a driver to resume control from an autonomous car, as well as a central computer called ProAI. Built with graphics processing technology from NVIDIA, the computer generates an artificial intelligence-based model of the vehicle’s surrounding environment.